The Benefits of Meditation

The claim that meditation is good for you and can help improve or enhance one’s mental and physical health is quite a remarkable claim. How can sitting still and paying attention to one’s breath have such an enormous impact on so many conditions we suffer from?

There are many people now, a growing number, who are beginning to accept at a conceptual level that meditation must be good to do because they may have heard an increase in mention of its benefits in popular culture. For example, they may have heard that companies such as Apple and Google encourage their employees to learn and practice meditation regularly to improve their productivity. There are many who may talk about it but would not have ever practiced it.

And then there are those who have experienced it to various degrees and know, not just conceptually, how much difference even ten minutes a day can make to one’s life.

In this article, I cite some examples from such scientific literature to provide a broad picture of the benefits of this exercise. By no means is it possible to be comprehensive,  as the literature in each of the following subtopics is very vast. (There are review articles (e.g., Grossman et al., 2004, Abbott et al., 2014, Marchand, 2012) which compare many studies on a similar topic). And I must mention that the subtopics I mention here are not the only areas that have been studied with respect to the impact of meditation. Nevertheless I hope this write-up will encourage readers to explore this topic in more detail themselves. 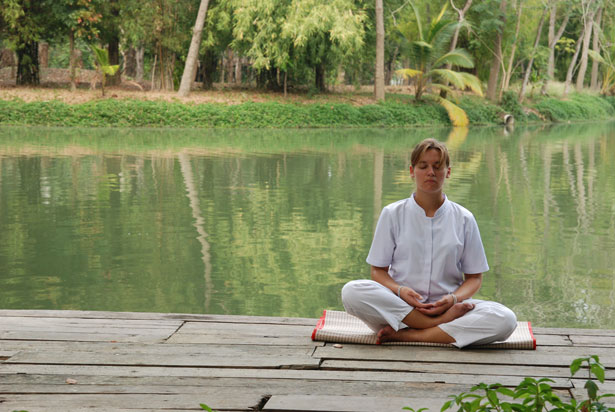 There are several studies that investigate the effectivity of meditation in its various forms on psychological problems. Here I present a small glimpse of the research that explores its effect on some common disorders; depression and anxiety, eating disorders, ADHD and PTSD.

A review by Chiesa et al. (2010) compared studies on the neural mechanisms behind mindfulness meditation, psychotherapy, pharmacotherapy and placebo and found that long-term mindful meditation practice allows a more flexible emotional regulation by engaging frontal cortical structures to dampen automatic amygdala activation. This mechanism is similar to psychotherapy and placebo neurally and works in a top-down direction in contrast to pharmacotherapy which works in a bottom-up direction.

A meta-analysis done by Hoffman et al. (2010) analysed 39 studies with a total of 1140 participants receiving mindfulness-based therapy for a range of conditions, including cancer, generalized anxiety disorder, depression, and other psychiatric or medical conditions. In patients with anxiety and mood disorders, this intervention was associated with effect sizes (Hedges’s g) of 0.97 and 0.95 for improving anxiety and mood symptoms, respectively. These effects remained robust irrespective of number of treatment sessions, and were maintained over follow-up.

Kristeller and Hallett (1999) showed that eating based mindfulness meditation significantly reduced scores on the Binge Eating Scale (BES) as well as the Beck’s Depression Inventory (BDI) in 18 obese women. They experienced an increased sense of control and their binge eating reduced in frequency and in severity. This was an exploratory study.

A more recent study (Bush et al., 2014) examined problematic eating behaviours and body image satisfaction and in 124 women using a ten week mindfulness and intuitive eating program as an intervention. Using a Body Appreciation Scale, Five-Facet Mindfulness Questionnaire and Questionnaire for Eating Disorder Diagnoses, they also found that it was effective as a treatment strategy for problematic eating and increased body image satisfaction.

Zylowska et al. (2008) studied the effect of meditation in an 8 week program on the symptoms of ADHD. In 24 adults and eight adolescents who were diagnosed with ADHD, mindfulness was found to be a feasible treatment method in reducing the self-reported symptoms and performance on attention based tests. Improvements in symptoms of depression and anxiety were also noted in this study. Meditation was shown to improve behavioral and neurocognitive impairments.

In a study in 1985 (Brooks and Scarano, 1985) Transcendental Meditation was used over a three month period as a treatment modality for individuals with PTSD from the Vietnam war. Another group simultaneously received psychotherapy. The participants were measured on 9 symptoms (independent variables) of PTSD including insomnia, depression, outbursts of anger, somatisation, emotional numbness, anxiety, substance abuse, difficulty holding a job, and problems in interpersonal relationships. Whereas Transcendental Meditation showed significant improvement on eight of the nine variables, therapy showed no significant improvement on any measure.

Many of the traditions that the various types of meditation come from do not treat the mind and body as separate entities. Instead, they speak of them as merely different and equal aspects of one’s full entity. Scientists have found great physical benefits to meditation though it can be considered a mental exercise. Here are some examples.

Psychological stress is a major contributor to symptom exacerbation across many chronic inflammatory conditions. It can provoke acute increases in inflammation in healthy individuals. In a recent study (Rosenkranz et al., 2016) experienced meditators (9000+ lifetime hours) were found to have a reduced stress (in the Trier Social Stress Test) and inflammatory response (a neurogenic inflammatory response was produced using topical application of capsaicin cream to forearm skin) compared to a matched control group.

Kox et al. (2014) compared those who were given meditation and breath control training for ten days with those who received no such training when exposed to experimental endotoxemia. In the intervention group plasma levels of the anti-inflammatory cytokine IL-10 increased more rapidly after endotoxin administration, the levels of proinflammatory mediators TNF-α, IL-6, and IL-8 were lower and flu-like symptoms were also lower.

J Kabat-Zinn (1982, 1985, 1986) has published highly cited work on this topic. In his 1982 study, 51 chronic pain patients who had not improved with traditional medical care were given mindfulness meditation training in a 10-week Stress Reduction and Relaxation Program to train chronic pain patients in self-regulation. At the end of the program, 65% showed  from 35-50% reduction in mean total Pain Rating Index (Melzack). Other pain indices and in the number of medical symptoms reported also showed similar decreases. In the study published in 1985, Kabat-Zinn et al. reported decreases in measures of present-moment pain, negative body image, inhibition of activity by pain, as well as psychological parameters such as anxiety and depression for 90 pain patients. Improvement was found regardless of type of pain and were sustained even 15 months after the study on all parameters except present-moment pain. These effects were absent in the control group of pain patients. Similar effects, both physical and psychological, were found in the 1986 study which included 225 patients. The patients were followed up to evaluate the long-term benefits up to 48 months after their participation in the program.

Seer and Raeburn (1980) studied the effect of Transcendental Meditation on hypertension. Modest reductions in blood pressure were seen in both meditation groups with significant diastolic percentage reductions while no change was seen in the control group.

Patel (1977) reviewed several controlled studies which have used systematic relaxation training and seen significant and lasting reductions systolic and diastolic pressures. When exposed to laboratory stressors, pressures return to baseline levels. Patel suggests a continuation of this practice in everyday life is necessary to continue to maintain the benefits long-term.

A review by Ray et al. (2014) showed that multiple studies from the past few decades have demonstrated the beneficial effects of meditation on various cardiovascular risk factors. In addition to decreasing cardiovascular mortality, meditation has also been shown to improve conditions such as hypertension, type 2 diabetes mellitus, dyslipidemia, and high cortisol levels. This review discusses possible biological mechanisms underlying such findings.

Parswani et al. (2013) studied the effect of  meditation based stress reduction on coronary heart disease. Significant reduction was observed in symptoms of anxiety and depression, perceived stress, blood pressure and body mass index in patients of the treatment group after the completion of intervention assessment. At three-month follow-up, therapeutic gains were found to be maintained in patients of the treatment group.

Several other physical ailments are also being studied with regard to what effect mental techniques such as meditation training would have on them. The literature is vast but I hope I have provided an interesting glimpse into the evidence on the effects of meditation here. 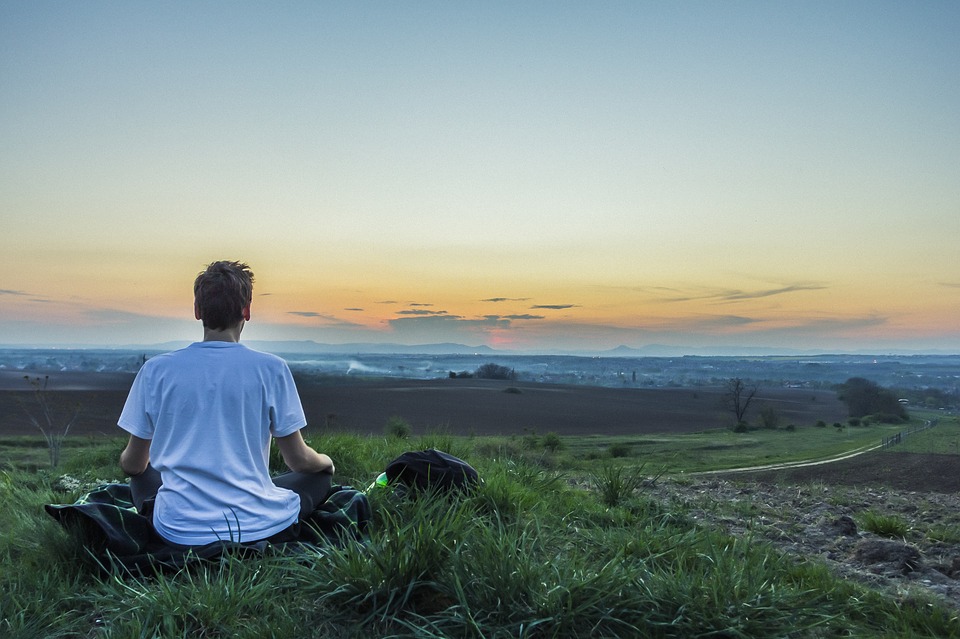